Could something in your mattress that's supposed to save your life make you sick?

New regulations went into effect this summer designed to save hundreds of lives. But as CBS 2 Medical Editor Mary Ann Childers reports, some believe they carry a risk.

The new standards make mattresses more fire resistant. They'll still burn, but not as fast, because they contain more flame resistant, or FR, materials. But could the chemicals that make you safer also make you sick? One environmental medicine specialist says yes.

"We have not adequately studied these chemicals in relation to children, the unborn, the pregnant woman, the elderly," said pediatrician and allergist Doris Rapp, M.D.

"The CPSC would never have passed a rule that allowed certain materials to be used that would harm consumers," said CPSC Director of Information and Public Affairs Julie Vallese.

But now some workers who handle these materials at the Simmons Mattress plant in Janesville, Wis., believe FRs are causing them health problems.

"As more of the FR material was being used in the mattresses, I noticed sinus problems and breathing problems, sharp pains in my chest," a Simmons employee said.

"We all know that we didn't have any of that before we started using the material," said one Simmons employee.

In response to employee concerns, Simmons hired independent testers. They found no levels of anything that violated government safety standards. But when CBS 2 asked what was in their mattress, the company did not want to tell us specific materials, other than Kevlar, which is known to be non-toxic.

"We don't want to put our recipe out there," said Jonathan Dawe, Ph.D., of Simmons Bedding Co.

Dawe said employees might be reacting to soaps and detergents in fabrics, and provides protective gear for those who request it. But if employees are having problems, could consumers?

"I don't see any concerns for consumers with the components of our product from a health and safety standpoint," Dawe said.

Both Simmons and Serta said they have tested their materials for years, and they pose no risk.

"I've looked to try and find a non-toxic system and I don't believe any exist," said Mark Strobel of People for Clean Beds.

"They are in fact using boric acid which is roach killer," Strobel said.

Serta says boric acid is in one of the FR fibers the company uses. But it's safe.

FR materials are inside mattresses. They form a barrier just under the cover, or ticking.

The CPSC says: "To the extent that FR chemical treatments remain bound to, or within, the mattress, exposure and its attendant risk would be minimized."

But Strobel is convinced it can get out as mattresses wear.

"It's close, chronic exposure," he said. "You're laying there with full body and breathing contact for your entire life."

Others fear that what's considered safe now, might not be down the road, just as was the case with lead in paint and asbestos.

An Occupational Safety and Health Administration report on the Simmons Janesville plant is pending. Simmons said they're confident OSHA will find nothing wrong.

Their employees spoke anonymously because they don't want to loose their jobs.

Even though materials don't have to be listed on labels, by law, manufacturers have to tell you what's in mattresses. But you have to ask.

The only way to get a chemical-free mattress is by prescription.

On October 22, 2007, OSHA completed its comprehensive inspection of the Simmons plant and concluded that there were no hazards.

Sunday and after hours by Appointment

Home
About
Products
Gallery
Industry Info
Our Location
Contact Us 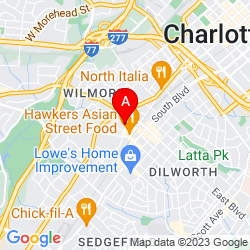